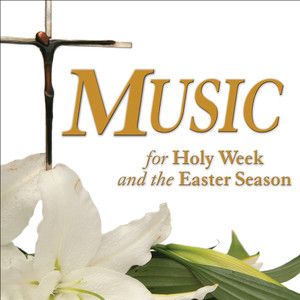 Here is a unique way to reflect on the spiritual meaning of Holy Week and the Easter Season. A gorgeous blend of instrumental and choral pieces, this two CD set creates a meditative atmosphere for prayer and reflection. It was produced by Sheldon Cohen, a Jewish convert to Catholicism and the producer of a series of popular recordings of religious music.

For more than thirty years, Shelly Cohen has been part of America's music community. Educated at Brooklyn College, The Julliard School of Music, and Hartnett School of Music, he became Assistant Music Director for The Tonight Show starring Johnny Carson in 1962 and remained so until Johnny's death in 1992.

His other television accomplishments include: Music Coordinator for the Emmy Awards and The Today Show's "Reflections of Irving Berlin and Richard Rogers." He also wrote and produced two Christmas Specials for NBC, "Christmas with Friends" and "Noel."

He is also the founder of The Pacific Pops Orchestra, a group of professional musicians who, in addition to concerts, are involved in many of Shelly's recording projects.

Recently, Shelly has become the Music Director for The San Fernando Valley Male Chorus and has formed his own swign band, The Swing Tones. In addition, he has produced and recording numerous albums for many major recording companies. Two of these were nominated for Grammy awards.

More recently, Shelly has branched out to write and produce shows for the stage. His altest were two shows for the West Valley Playhouse, "Klezmer Goes Hollywood" and "Once Upon a Time on Broadway." He is also a sought-after lecturer and in that capacity has toured both East and West coasts.