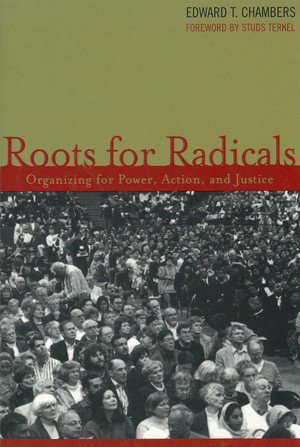 The fight against globalization and the war in Iraq has led to a revival of grassroots activism. But there are many other causes for which communities organize: lack of sewage in poor neighborhoods, the need to support public schools, and affordable housing, to name just a few. Chambers is executive director of the Industrial Areas Foundation; founded by the noted organizer Saul Alinsky, the foundation is dedicated to supporting community organizing. A "radical" for Chambers is "a person who searches for meaning and affirms community." Thus, this is not an easy-to-consult handbook, but a book encouraging reflection about public life and ideals; the gap between the world "as it is" and "as it should be"; self-interest vs. self-sacrifice and other polarities; and how to create actions that not only receive momentary press attention but that are effective. Readers looking for quick tactical tips won't find them here, but readers looking for a solid foundation on which to base political action will find much to think about within these pages.