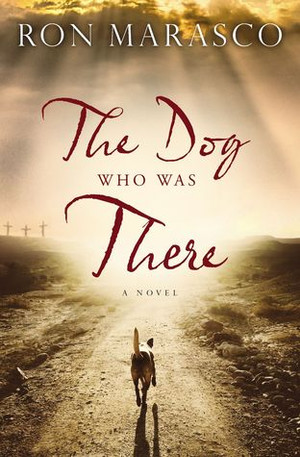 The Dog Who Was There

No one expected Barley to have an encounter with the Messiah. He was homeless, hungry, and struggling to survive in first century Jerusalem. Most surprisingly, he was a dog. But through Barley’s eyes, the story of a teacher from Galilee comes alive in a way we’ve never experienced before.

Barley’s story begins in the home of a compassionate woodcarver and his wife who find Barley as an abandoned, nearly-drowned pup. Tales of a special teacher from Galilee are reaching their tiny village, but when life suddenly changes again for Barley, he carries the lessons of forgiveness and love out of the woodcarver’s home and through the dangerous roads of Roman-occupied Judea.

On the outskirts of Jerusalem, Barley meets a homeless man and petty criminal named Samid. Together, Barley and his unlikely new master experience fresh struggles and new revelations. Soon Barley is swept up into the current of history, culminating in an unforgettable encounter with the truest master of all as he bears witness to the greatest story ever told.

“Through the touching tale of a stray dog who witnesses the ministry of Jesus, Marasco’s (Notes to an Actor; About Grief ) first novel offers an unusual perspective on Christianity’s beginnings.” (Library Journal, starred review)

“Barley, the main character of this novel, is a sweet and loyal companion who readers will love… it is a good story with a twist at the end that readers may not see coming. It is worth the read for anyone looking for a new take on the common life during the time of Christ.” (RT Book Reviews, 3 stars)