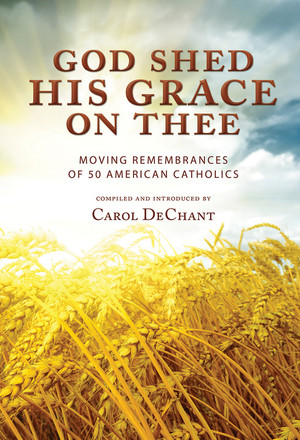 God Shed His Grace on Thee

From sea to shining sea, Catholics have been an important part of the fabric of American life. Some of them were famous, some toiled in obscurity. They included musicians, military leaders, writers, elected officials, visual artists, poets, athletes, reporters, movie stars, and people who worked a lifetime for justice. A few were saints or heroes, most were ordinary people who lived extraordinary lives. Some worked directly for the church, most did not.

This award-winning collection of fifty tributes forms a patchwork quilt of exceptional insight, historical context, and inspiring example. Those who gave these remembrances (not all Catholics themselves) were often as interesting as the people they praised:

God Shed His Grace on Thee was awarded Second Place in the History category of the 2012 Catholic Press Association Book Awards,