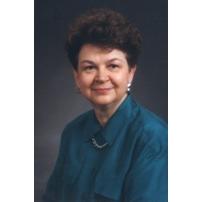 Joan Williams, M.A., earned her Bachelor degrees in Music from Alverno College, Milwaukee, Wisconsin and Political Science at University of Wisconsin, and her Master of Arts degree in Humanities from California State University. She is an educator, pianist, political activist, and is a member of San Rafael Parish in San Diego, California. Joan is married to Charlie Williams, retired political director of the Machinists' Union, and is the mother of five daughters and two sons. She has long been interested in the lives of women saints and their continuing influence as role models for women and sources of inspiration for men. She wrote "Three Saints:Women Who Changed History" to highlight the contributions of inspiring women by writing about how they responded to the political problems of their times. Genevieve of Paris, Catherine of Siena, and Teresa of Avila were selected because they represented different periods and places in history and exemplified a variety of responses to human challenges.

In 2006 "Three Saints: Women Who Changed History" received a Finalist Award of Excellence for Biography from the San Diego Book Awards Association.

Joan continues to pursue her longstanding interest in dedicated and inspiring women who made and are today making changes in society and the church, and how they overcome strictures against women from both the political arena and church politics.

As an active participant of Network, Bread for the World, and Common Cause she works to stay abreast of, and help influence, how politicians address the social justice issues of today and how state and national policy decisions affect the poor, homeless, and the unemployed.

Joan is a concert pianist, and has given performances in Milwaukee, Las Vegas, and the San Diego area. She currently teaches piano and music theory in San Diego.