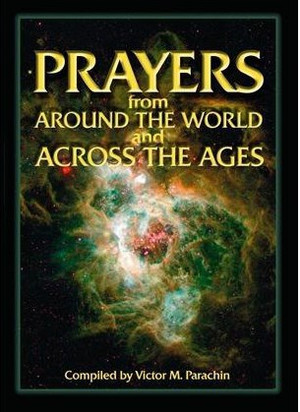 Prayers from Around the World and Across the Ages

If there is one constant across different denominations and religions, it is prayer. Whether Catholic, Protestant, Muslim, Jewish, Buddhist or Hindu, virtually every religious tradition has a strong belief in the power of prayer. This beautiful book includes a wealth of sublime, reverent and poignant prayers from many of the world's greatest spiritual minds, including Martin Luther King, Jr., Thich Nhat Hanh, Francis of Assisi, Teresa of Calcutta and St. Patrick of Ireland, as well as lesser-known practitioners, such as Ludwig Van Beethoven, Florence Nightingale, Blaise Pascal, Alan Paton, Dwight Moody, W. E. B. Du Bois, Christina Rosetti, and Toyohiko Kagawa. Each prayer is preceded by a one-paragraph biography of the person who composed it.