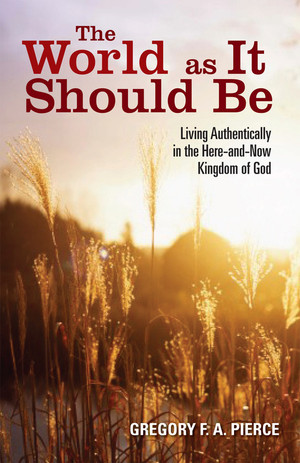 World as It Should Be

Jesus' entire mission and ministry revolved around one key concept: the kingdom of God. But many, perhaps most, modern Christians misunderstand the term "kingdom of God." They see it as a synonym for heaven, solely as something that will transpire in the next life. They perceive it as "still to come" rather than "already begun."

The World as It Should Be, businessman, social-justice worker, and citizen organizer Greg Pierce sets out to help people reimagine the kingdom of God as Jesus originally intended — it is both heavenly and earthly, and because it is to come "on eartth, as it is in heaven," each of us is called to roll up our shirtsleeves and help make this world the way it should be.