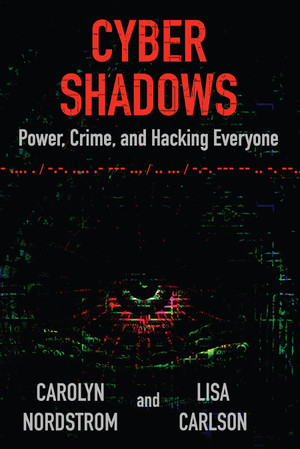 Cyber Shadows is a tour de horizon of the digital world's dark places, the threats and innovations in cybercrime, espionage, and surveillance - and new attacks moving beyond identity theft to hacking our behavioral patterns, brains, and DNA to buy and sell as lucrative business. The implications are staggering: from coercion to the end of the sovereign self.

Carolyn Nordstrom is a Professor of Anthropology at the University of Notre Dame. She studies wars, the illegal drug trade, gender relationships, and war profiteering. Her research has made her an eyewitness and scholar of worldwide urban and rural battlefields as well as of the shadowy worlds of diamonds, drugs, arms and smuggling. In addition to her teaching and lecturing, she was recently awarded John D. and Catherine T. MacArthur and John Simon Guggenheim Fellowships and has written dozens of articles and several books. Having struggled for years to fit the world's roiling multiplex realities into an academic universe too small to accommodate them, she is currently writing a book challenging the academy to update its theoretical foundations for the twenty-first century.