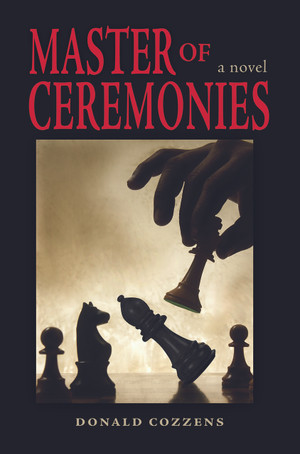 Mark Anderlee, once a victim of sexual abuse, now a battle-hardened Army sniper and veteran of the war on terror, takes a vow one day in the searing desert of northern Iraq to wreak vengeance on his childhood tormentor. Half a world away, Archbishop Wilfred Gunnison prepares for a jubilee celebration of his priesthood--oblivious to the juggernaut creeping his way.
When Gunnison receives a mysterious and potentially lethal threat, he calls on Bishop Bryn Martin, his former Master of Ceremonies--the man whose job it has always been to maintain appearances--to protect him and to keep a quickly unraveling situation from exploding beyond repair.
A secret society with roots deep in the Vatican power structure is roused to action when an American leader of the cabal makes a panicked trip to Rome. That Brotherhood's covert leader, known only as M, dispatches forces of his own to do whatever must be done to keep his operation functioning in obscurity and darkness. Unexpected forces, threats seen and unseen, the character's own hubris and humility all drive this story of sin and silence, intrigue, violence and retribution to its not-so-inevitable conclusion.
Critically-acclaimed author Donald Cozzens that takes us behind the scenes of the Roman Catholic Church for an unflinching look at clergy sexual abuse and its very personal consequences. Cozzens weaves an intricate story of scholars and trained killers, bishops and priests, church ladies and clandestine operatives struggling--each in their own way--to protect the institution they venerate or to blow the lid off the oldest boys' club in the world.