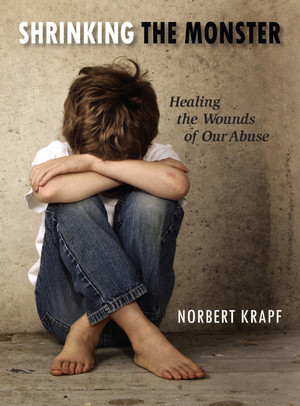 With a poet’s eye for imagery and commitment to telling the truth no matter what the personal cost, Norbert Krapf does in this artful memoir what few other survivors of clergy sexual abuse have been or would be able to do: walk outsiders through the evils of his own abuse as a boy and his ongoing efforts to recover from the consequences of that abuse throughout his adult life.

The author documents in great detail why and how he finally (after fifty years of refusing to do so), went public with what had been done to him as a young boy in the 1950s by the pastor of his family’s Catholic parish in Jasper, Indiana, a man who was a supposed friend of his parents. Each step in Krapf’s ongoing recovery is documented in careful prose, with frequent references to his book of poetry on the abuse, Catholic Boy Blues, which he published in 2014 at age 70.

Krapf’s experience may break some of the stereotypes and preconceived notions. In the process of healing, he receives support and understanding from his wife and friends, a parish priest, a woman religious spiritual director, and several bishops, even as he faces continued resistance to his story from others.

New book is road map for any victim of abuse

“Not talking about the monster makes it grow bigger. Talking about it shrinks the monster, weakening its grip on us,” said a therapist who helped Norbert Krapf deal with abuse he suffered as a child at the hands of his family’s pastor in the Holy Family Parish in Jasper.

Krapf’s latest book, Shrinking the Monster: Healing the Wounds of Our Abuse, is a prose memoir of how he has dealt with and continues to deal with that abuse. Just three years ago Krapf, a former Poet Laureat of Indiana, released his landmark book, Catholic Boy Blues, which tells the story of that abuse in four voices: himself as a boy, himself as a man, the abuser and Mr. Blues, a character created from Krapf’s own imagination.

“Shrinking the Monster” is a memoir of healing. Years from now this book will be an important part of the record of how the Catholic Church has dealt with the problem of priests who abused young boys. It took Krapf 50 years to come to terms with the mental wounds this abuse caused in his own psyche. He gives a great deal of credit to Archbishop Daniel Buechlein, Bishop Gerald A. Gettelfinger, and other authority figures in the Church who helped him deal with his own emotional scars and helped the Church itself to heal from this internal trauma.

Ed Walston, Special to The Herald

Former Indiana Poet Laureate Norbert Krapf of Indianapolis read a selection of poems during a visit to the Jasper Public Library on Monday evening. The Jasper native's term as the state's top poet ended in 2010.

Krapf says in the book, “I was especially concerned about those who had not been able to confront the abuse in their past.”  Shrinking the Monster can serve as a road map for any victim of abuse to confront his or her own emotional wounds.

During the course of his healing, Krapf has learned to play the guitar and has given many performances of poems from Catholic Boy Blues accompanied with blues music. He says that the blues can always make you feel better.  He has also read and sung his poems as part of Mining the Dark for Healing Gold, a healing workshop he has presented with poet-therapist Liza Hyatt.

He concludes the book by saying to his readers, “My friends, I am so glad you could come.”  It is a healing journey that the reader shares with Krapf. The book is uplifting and inspiring. It will help any victim of abuse or family member of an abuse victim heal and shrink the monster.