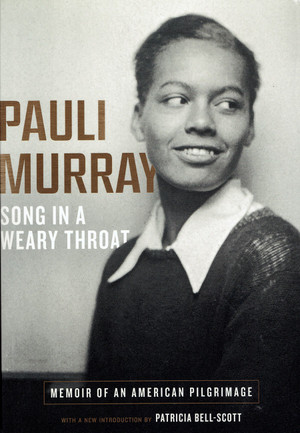 Song in a Weary Throat

“First published posthumously in 1877, Pauli Murray’s Song in a Weary Throat was critically lauded, winning the Robert F. Kennedy Book Award and the Lillian Smith Book Award, among other distinctions. Yet Murray’s name and extraordinary influence receded from view in the intervening years; now they are once again entering the public discourse.…Now, more that thirty years after her death in 1985, Murray—poet, memoirist, lawyer, activist, and Episcopal priest—gains long-deserved recognition through a rediscovered memoir that serves as a 'powerful witness”…to a pivotal era in the American twentieth century." — from the book jacket