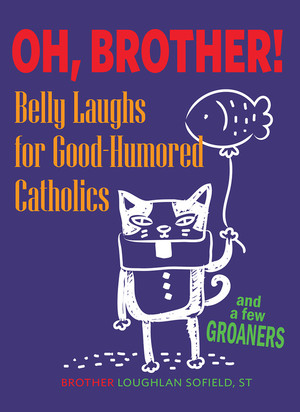 Brother Laughlan Sofield, ST, is a well-known writer and speaker who starts every talk with a joke. Since he talks to a lot of Catholics, many of his jokes are aimed at them, but always with affection and good humor, and here are some of his best. At least Helen Osman, the Secretary of Communications of the United States Conference of Catholic Bishops, thought they were funny enough to offer the Foreword to the book. Popes, cardinals, archbishops, bishops, monsignors, priests, and deacons — as well as sisters, brothers, seminarians, lay church-workers, lay ministers, and just plain Catholics — all can be the subjects of a well-told joke, as Brother Laughlin proves here. Good Catholic, lukewarm Catholics, even bad Catholics — conservatives and liberals, the pious and the piety-impaired, as well as those who love them — will all enjoy this collection (even if they may have heard some of the jokes before). As the good Brother says, “My jokes are all clean, good-spirited, and hopefully funny. They are not designed to offend any particular person or group but rather to point out how silly we Catholics can be as we ‘practice’ our religion together.”