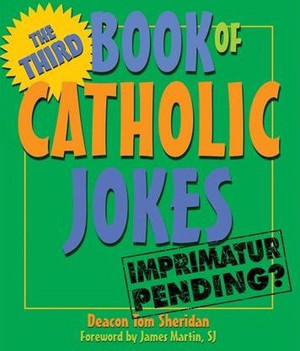 The third volume in the runaway bestselling series of Catholic jokes focuses on the universal—and often hilarious—human experience of relating to one another and growing old together. These stories, jokes, lists and one-liners are mostly about lay people and are told from a "Catholic" (that is, Roman Catholic) and "catholic" (that is, universal and about everyone) perspective.They are "clean" and not "mean" and certainly not intended to offend anyone of any faith or situation in life.
Jesuit priest and Colbert Report regular Fr. James Martin contributed the foreword.